I am a noob user of this great software. So far (for couple of weeks I've had no problems)
For some weird reason today Syncback has flooded my tray and has just as many processes running. Opening any syncback from the tray results a non-responding empty SyncBackFree V7.5.5.0 window with only menu bar visible. 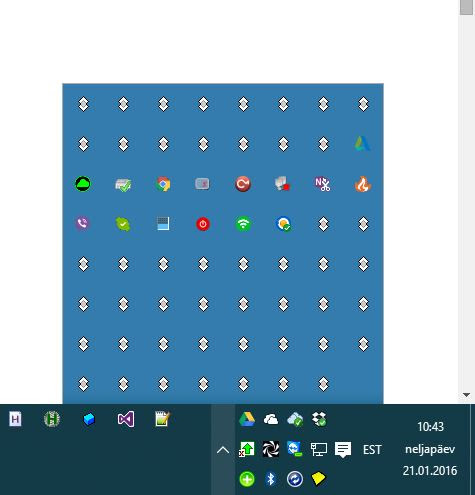 I am not force closing them today yet to provide you any kind of dumps/logs, if neccesary.
Top

Hi, seems pretty clear to me you have something going on that is causing SB to lock up - probably waiting for control to be returned to it by a Windows API, which may have a similar problem with a device driver, maybe caused by the device temporarily not co-operating. If it's been working OK for 2 weeks, and the software hasn't changed since (which given it is out of date now, I guess it hasn't), something else seems ot have changed, though it may be just a temporary glitch. Bear in mind that no-one else seems to be reporting such an issue suddenly...

It's also pretty clear that you must have some external process that is repeatedly triggering fresh instances (copies) of SB, although you didn't mention what it is. I'm guessing you have asked SB to set up a (fairly frequent) Schedule(d Task) for you, and IIRC the default* behavior of a Windows Scheduled Task if an instance of a Task (thus, the process it invokes) is already running is to create another (instance/s of the Task). You can edit this setting to other options such as 'Do Nothing', 'Stop current', etc, but this needs to be done directly via the UI of the Windows Task Scheduler ('WTS') on the Settings tab of the Task.

I'd recommend the following:
If your problem persists, come back and confirm; it may be 2BS might ask for debug info (which right now, you don't have anyway), but I obviously can't guarantee that, given the limited support available to freeware users.

* a little bell is ringing that this may differ depending on your version of Windows, but it seems happening to be for you anyway
Top

Also any USB hub/s if they have individual PSUs (and if they do, but not currently used, try using them)
Top

I have V8 last version Pro. This started for me about two months ago after working fine for years and haven't been able to figure it out.

Uninstalled/reinstalled. Started w/ fresh profiles but nothing works. Tried all the basic troubleshooting including what was listed here but no luck.

I have five profiles which have at this point run twice so I should see at most 10 stuck processes but counted 78.